Note: This post contains affiliate links. Simply put, if you click on a product and make a purchase, we may make a small commission. This is at no extra cost to you. For more information, please see our disclaimer and privacy policy.

From simple clay pots to decorative urns, designs for colonial planters span across the colonial home styles of the 1600s to the mid-1700s.

In the late 1800s, just over a century later, the style returned with more modern features in the Colonial Revival architecture that lasted until the mid-1950s.

Now, once again, the style is in vogue with Neo-Colonial home designs.

Given the vast historical period of Colonial style, it’s easy to imagine that design choices for colonial planters are plentiful and sundry.

But how do you decide which colonial planters are right for you?

In each category, for example Southern Colonial, you will find a range of well-researched Colonial planters at different price points, including premium. We never know where we might like to splurge!

Let’s start by figuring out what makes a house a colonial style. If you have a style in mind, use the Table of Contents below to jump straight to that section. Otherwise, keep reading along to learn more about the style before you select the perfect colonial planters for your house.

What is a colonial style house?

What is a colonial style house?

Colonial settlers arrived on these shores with their culture and traditions in tow. Those practices included their home designs.

Depending on where you were in the 13 original colonies, you’d see the architectural influence of the settlers’ home countries. That holds true as well to other early day settlements in the Americas, like the South where Colonial style meant a large colonnade across the front of the house and a large 2nd story balcony.

As we have noted, Colonial architecture differs by region of the country; however, over the centuries, those styles have moved across the country as trends change and styles revive.

There are 5 main categories of Colonial homes with a subset of other Colonial styles that emerged.

As more settlers arrived in the colonies and spanned out across the Eastern seaboard and the South, the Colonial style took on new looks, including:

How to match colonial planters to home styles

Our guide to colonial planters takes us through each of the major house styles of Colonial architecture. We specify key characteristics of each style and recommend planters based on historical time period as well as current design trends.

A quintessential New England Colonial style home, the Cape Cod, which falls under English Colonial, is one of the earliest types of homes in the American Colonies.

The Charming Cape Cod is recognized by its distinctive features that at one time were quite practical, including:

Many Cape Cod homes have the traditional shingle siding that takes on a weathered, coastal look. The shutter-framed windows are double hung. Many of the Cape Cod houses are boxy or rectangular in shape.

The boxed wooden planter is everywhere, and it is particularly appropriate for a Cape Cod style home. We suggest contrasting colors between your planter and the front door entryway.

The all-weather planters with a beadboard look are double-walled and have sub-irrigation reservoirs. They come in four colors (black, denim blue, red, gray & white) and several sizes.

Boxed planter comes in a variety of colors and sizes, including tall rectangular planters – all of which are weather-proof.

Our favorite premium Colonial planters for a Cape Cod style come from Houzz and Macy’s.

The German Colonial homes often had a sandstone exterior.

The distinguishing features of a Dutch Colonial home is the gambrel roof, as illustrated in the Instagram post below. For Dutch Colonial planters are favorite are the blue and white garden pots, like this outdoor planter from Houzz.

For Georgian, German, or Federal Colonial planters, we suggest a more formal or stately planter, such as this classical dark brown urn or large sand-colored planter.

For a Saltbox type of house, which can be so diverse in appearance, stick with simple, plain styles for Colonial planters. Colorful planters, however, would be appropriate as well.

For Colonial Revival or Dutch Colonial style homes, consider contemporary trends in planters, such as Farmhouse or Rustic.

The French Colonial architectural period was influenced by French Canada and even includes Caribbean designs.

Key features of the Southern Colonial may include:

Given the French influence in Southern Colonial design, our recommendations for Colonial planters feature pottery (or pottery like) and stone planters and urns.

The set of 2 Sunnydaze Arabella flower pots are double-walled to protect against changes in temperature. Fill the double walls with sand or gravel to add extra weight. Three drainage hole indicators are added on the bottom.

We’re also a fan of Sunnydaze’s 24″ Anjelica Planters in a weathered rust finish, which carry the same features as the Arabella pots above.

“I can’t wait to use them in our front yard on either side of our steps,” says the Gardnercook, who rated the pots 5 out of 5 stars.

If you want an even larger size while keeping the beneficial features, take a look at the 27″ Brunello Planter in weathered stone finish. It also comes in a weathered concrete finish. The soil capacity of the planter is 41.5 gallons.

Although the Brunello is slightly more expensive, it comes with two additional features that we think are worth it – 1) Pre-drilled drainage holes and 2) A 10-year warranty.

We’re so excited about our finds in the premium category for Southern Colonial Planters that it was difficult not to put these recommendations front and center. We hope you’ll agree that these are some gorgeous selections!

Our top luxury picks for colonial planters begins with a collection influenced by the ancient walled-city of Anduze in southern France. Today, the city is still known for its pottery and a castle dating back to the 16th century.

The planters and urns in the Anduze Collection are adorned with garlands and medallions. The planters are handcrafted and made in either fiberglass or fiberstone. Each exterior may vary slightly because of the glazing or fiberstone process.

“Fiber Stone is a mixture of sand and stones cast into the surface to give the appearance of aged stone,” according to the manufacturer. “Since it is reinforced with a fiberglass backing, it remains light-weight and less fragile than concrete.”

Click on an image below to find out more about the Anduze colonial planters.

Our last three recommendations for luxury Southern Colonial planters come with an awesome feature. They are available in 20 different finishes! You have a choice of these colors:

When I was growing up, my summer vacations always included a long stay at my Aunt Patsy’s house in Fort Worth, Texas. Her Spanish Colonial home was so different than the classical English Colonial that I grew up in.

I loved the stuccoed walls that were cool to the touch, the rustic wood support beams, and the red tiles on the roof. I also think this may be where I first fell in love with cast iron decorative elements.

A Spanish style Colonial home is the forerunner to ranch houses.

For Spanish Colonial planters, you can’t go wrong with a bowl in red clay or terracotta.

This terrafirma clay planter has pre-drilled drainage holes. The clay is made from recycled materials.

We love going to Houzz to find premium, quality planters. In this case, the selection for Spanish Colonial planters is plentiful. Here are a few of our favorites.

With these planters, plan on freight shipping charges. However, they will work with you on the shipping costs if you want to package several orders together.

Available in 20 finishes. The sizes in the set of 3:

With love the rustic simplicity of this bell-shaped planter in a Spanish clay finish.

Allow 4 to 6 weeks for delivery.

We hope this guide to Colonial planters has helped you decide on what works best for you home. As you read, there’s a lot of wiggle room in choosing decor for Colonial styles.

Do you have a Colonial home? We’d love to hear about your house in the comment section below. 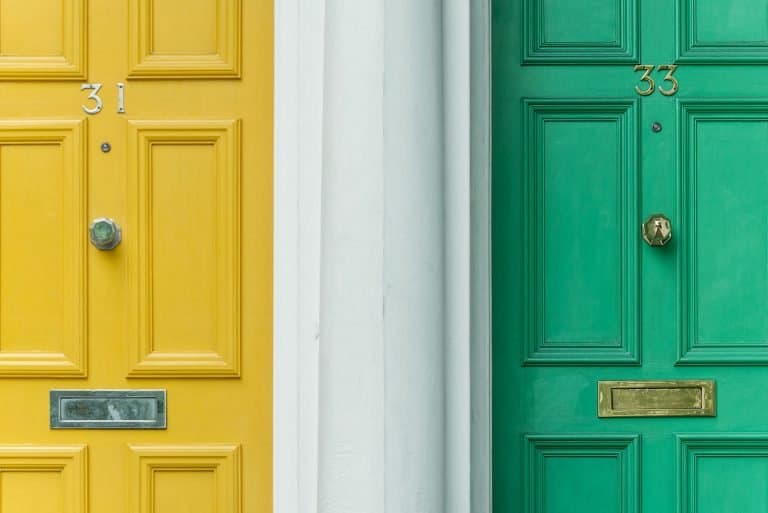 Your front door represents many things and believe it or not, it represents you! Not sure what color to paint it? Front door color meanings will help you give the right impression! 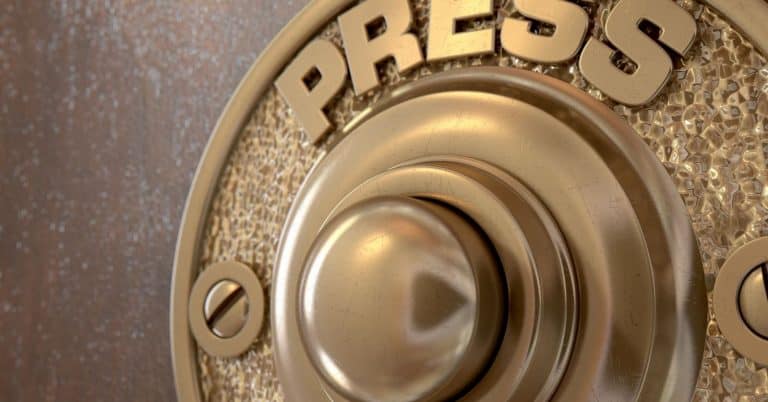 Whether it’s an old fashioned chime or something more modern, we hope this Unique Doorbells guide will help you choose the perfect one! 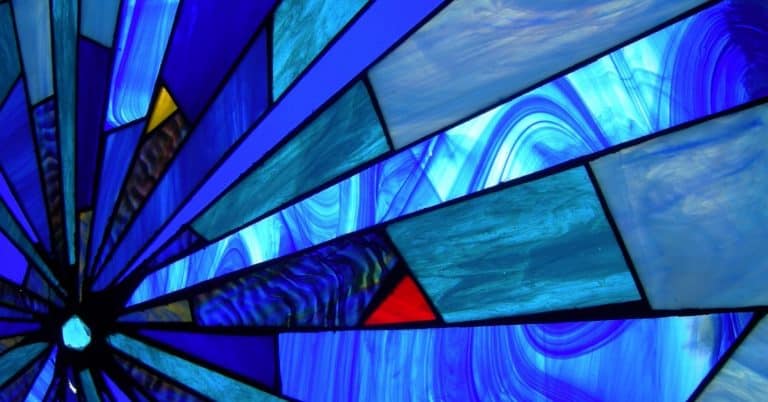 Stained glass front doors are a lovely addition to any home. Learn how to choose the right one for your style home and where to find them. 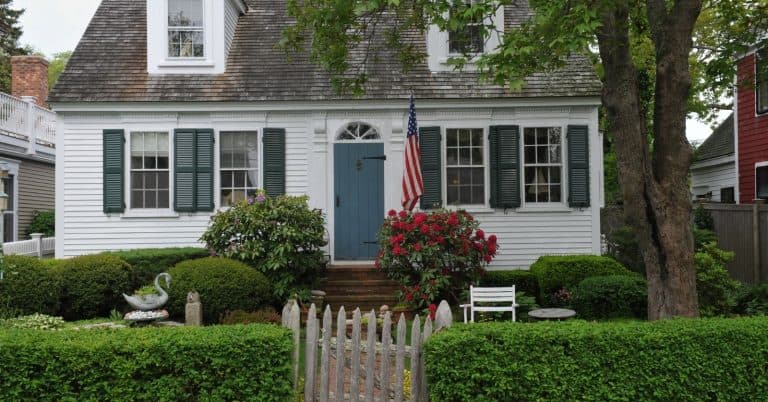 In this ultimate guide, you will find an extraordinary collection of ideas and products to help decorate your own iconic Colonial front door. 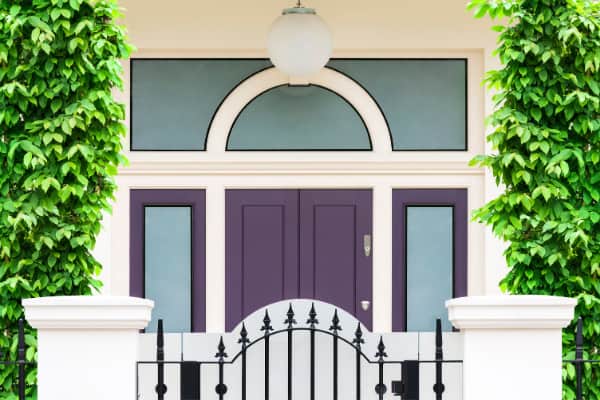 Have you ever wondered about purple front door meanings? “Don’t worry, you can change the door color.” We had met the owner of the house outside, ready to see if this house was going to be our rental for the next year as we adjusted to living in a brand-new town. She had bought the…

We recommend a custom doorbell, or a programmable doorbell, that meets your needs based on price, style, and the type of security you are looking for.

Front Door Ideas is a participant in the Amazon Services LLC Associates Program, an affiliate advertising program designed to provide a means for sites to earn advertising fees by advertising and linking to amazon.com.